What Drugs Should Not Be Used With CBD? 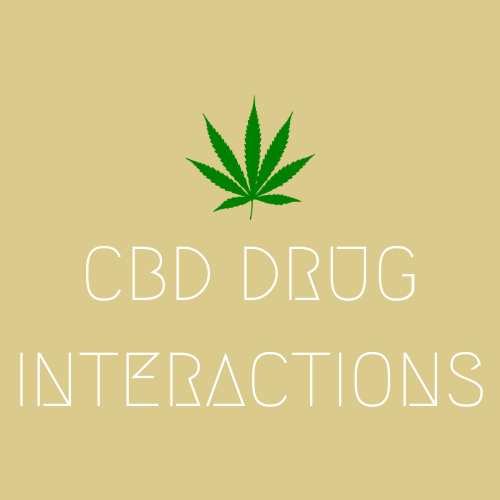 It’s not always the case, but most people who are super into CBD usually are managing a health problem, and are previously or currently on medication.

And so, if you are taking drugs on the side, it’s important to know whether these drugs can potentially interact with CBD.

Drug interaction refers to a scenario where drugs react against substances, in this case, CBD, and it can water down the effectiveness of a drug, or cause the victim to experience terrible side effects.

In this post, we help you identify the type of drugs that shouldn’t be taken along with CBD, because of the risk of a drug interaction.

The Role of Cytochrome P450 Enzymes

Digestion is a complex body process where substances are metabolized and released into the bloodstream. When you ingest chemical substances, especially pharmaceuticals, Cytochrome P450 enzymes are critical for metabolizing these substances.

Cytochrome P450 Enzymes are found in different organs including lungs and intestines, but they are highly concentrated in the liver.

Scientists discovered that the Cytochrome family of enzymes interact with cannabinoids thus inhibiting the metabolism of various drugs.

If you plan on taking CBD while on medication, talk to your doctor about it, so that they may help you understand whether you are at risk of a drug interaction.

If you have pain or inflammation, your aunt may ask you to go to the chemist and get you a dose of ibuprofen. Some of its side effects include blood thinning, dizziness, and nausea.

CBD may improve the effectiveness of ibuprofen, but it can lead to serious side effects.

Maybe you have a negative self-image and are sick and tired of being sick and tired. What to do? You pop some steroid pills and show up in the gym, hoping to look like Hulk Hogan.

Steroid use is not as good as it’s cracked up to be. It has some pretty ugly side effects including acne, blurry vision, glaucoma, brittle skin, insomnia, blood pressure, and weight gain.

CBD oil does interact with various steroids, and it can undermine the effectiveness of the steroid and potentially cause you to suffer worse side effects.

HIV is one of the common sexually transmitted diseases. This virus is initially asymptomatic and it weakens the immune system, leading to AIDS.

Antiretroviral drugs are essential in managing HIV, and they help the victim to be stable and healthy, by making their immunity great again.

People take antidepressants when they are depressed. These drugs are designed to stabilize emotions and help the victim recover from depression.

Anti-depressants hardly work in record time, and usually, you have to be on them for a while, typically weeks, before you see any improvement.

But CBD is extremely effective in managing depression, and the positive changes usually come in after short usage.

Taking CBD along with antidepressants might help you overcome your depression, but it can cause various side effects.

Alcohol is the one drink that enjoys the #1 spot across the world, and both men and women love indulging in it, but alcohol is a depressant and can magnify emotions.

The short term side effects of alcohol include nausea, drowsiness, vomiting, and headaches, but the long term effects include weight gain and cardiovascular diseases.

But if you take alcohol along with CBD, you pretty much amplify the effects of both, but in high doses, it causes sleepiness and lethargy.

Taking CBD with alcohol doesn’t pose no risk of interaction, and studies show that CBD shields cells from damage caused by alcohol, and also great for stemming alcohol addiction.

What Drugs Should I Strictly Not Take With CBD?

Drugs may interact with CBD to cause various side effects, but in cases where drug interaction escalates the effects on both sides, it can be tolerable.

But certain drug interactions are bad through and through because they not only give you side effects but also reduce drug effectiveness and potency.

The following are some of the classes of drugs you shouldn’t use with CBD:

CBD is metabolized in the liver with the aid of Cytochrome P450 Enzymes. It also acts as a competitive inhibitor of this family of enzymes by occupying the region of enzyme activity.

The level at which cannabidiol becomes a competitive inhibitor is influenced by the extent of its presence in the site of enzyme activity; which relates to the amount of CBD ingested.

For instance, grapefruits may contain certain compounds that cause drug interactions, and so, if a doctor warns against consuming grapefruit while on certain medication, there’s a good chance that CBD would cause an interaction too.

If you intend to use CBD with some other drug, let your doctor know so that they may warn you whether there is a risk for drug interaction.

However, if you take CBD edibles or capsules, they are metabolized in your gut, specifically your liver, and these conditions make for stronger drug interactions.

And so, one of the clever ways of avoiding drug interaction is ingesting CBD via methods like vaping, sublingual drops, rather than swallowing edibles or capsules.

previous6 Proven Benefits of CBD Oil In Depression & How To Take It?
nextComprehensive Marijuana Glossary: Terms You Need to Know