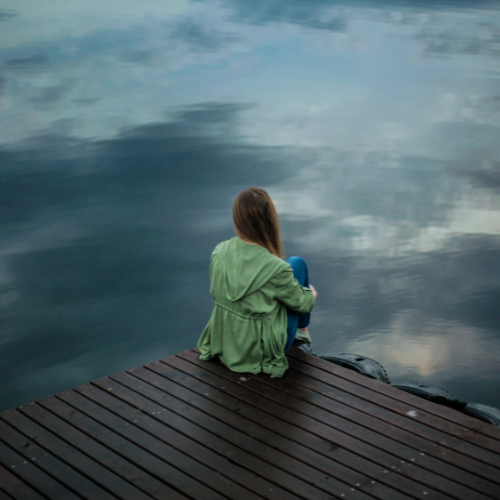 Haven’t we all at some point exclaimed that we’re depressed? Depression is a prevalent mental disorder affecting millions.

Depression is made manifest in diverse ways, but mostly, the victim suffers low moods and typically loses interest in what they liked before.

The precise cause of depression is not understood, but according to research, depression may be triggered by genetics, health problems, and personality issues.

Your brain can influence your thoughts, feelings, and emotions. And so, if your brain is constantly churning out negative emotions, it increases your vulnerability to depression. CBD has been suggested to raise the production of the hormone serotonin, which boosts happiness, optimism, and positivity. CBD also exerts a subsiding impact on the production of the stress-causing hormone cortisol. With reduced stress levels and increased positivity, you become less susceptible to depression. Many people have incorporated CBD into their daily routines to be able to enjoy a positive mindset in the long term.

Sleep is one of the vital elements of wellness and success. Without quality and adequate sleep, you become vulnerable to depression, and you might exhibit varied symptoms such as irritability, loss of focus, and low energy levels. Millions of Americans battle various forms of sleep issues, chiefly insomnia. This sleep disorder is characterized by difficulty with falling and staying asleep. CBD may help with improving the quality of sleep. Whether you’re battling insomnia, restless leg syndrome, or obstructive sleep apnea, regular CBD administration would help with overcoming these sleep disorders, and by extension, it would help you become less vulnerable to depression.

When we think about addictions, for the most part, we think about drug and substance abuse. But, addictions come in many forms, including food addiction, pornography addiction, etc., and these dependencies can cause you to experience depression. CBD has been suggested to be effective in counteracting addictions. For instance, if you are addicted to cigarettes, you can switch to CBD joints, thus significantly lessening the withdrawal effects, and allowing you to keep stable and balanced. When you manage to beat your addiction, you are less vulnerable to depression, and more importantly, you become better placed to achieve your important life goals.

There’s not a standard definition of confidence, but generally, confidence can refer to the innate feeling of belief and trust in your capabilities. Without confidence, you would struggle in many aspects of your life, including socially and career-wise. When a person is lacking in confidence, they typically become vulnerable to depression. CBD has a range of benefits and advantages that cumulatively increase an individual’s confidence levels. CBD products are available in a wide variety, and you may incorporate CBD into your daily routine to boost your confidence levels.

Weight gain is one of the suggested triggers for depression. If you are obese, you are likely to develop a poor self-image, and you are like to have low self-esteem, which can lead you into depressive episodes. Nope, CBD won’t magically cause you to shed excessive fat. To lose weight, you’ll need to create a caloric deficit, typically through diet and working out. CBD has a positive contribution to digestive health, and it supports weight loss. Many people drink CBD water as part of their pre and post-workout activities, which goes a long way in enhancing their health and fitness goals. The effects of CBD are typically influenced by the method of ingestion. Sublingual ingestion makes for rapid effects whereas oral ingestion causes the effects to delay.