Am I Allowed To Bring Edibles On An Airplane? 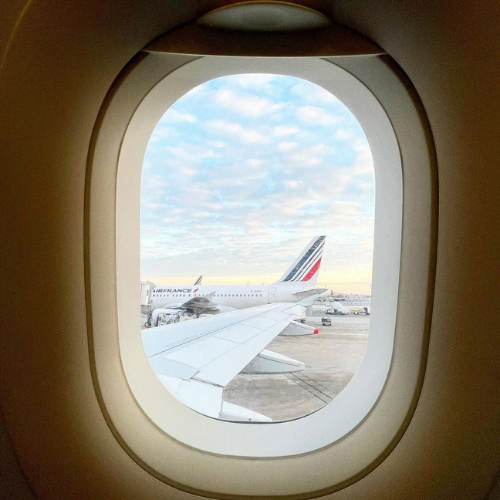 If you are traveling interstate or abroad and wish to bring some infused snacks, you may find yourself wondering whether it would get you in trouble.

But first, let’s be clear about what would not land you in problems; being a medical marijuana patient.

The officers at airport checkpoints are mainly interested in keeping security. If you have some edibles in your luggage, it’s not uncommon to pass undetected.

But then, if you are caught with infused edibles in a non-legal state, they hand you over to state enforcement that has jurisdiction over the airport.

The severity of your charges can vary depending on state laws, but first offenders are typically sent away with a slap on the wrist.

There’s no white or black answer as to whether you may bring edibles to the airport, but most marijuana users would rather be safe than sorry, thus they resist the urge of bringing.

If you are authorized by your state to use marijuana for medical purposes, you can bring all the cannabis you want.

When airport officers happen on it, you just produce your verifiable medical card, and they’ll have no right to contact law enforcement.

Marijuana is used by millions of Americans to manage numerous conditions including anxiety, chronic pain, and seizure.

Some of us don’t care what the state decrees, but we want to be able to ingest our edibles wherever we are.

The following are some of the common ways people use to bring marijuana edibles in the airport and go unnoticed.

Maybe in the future, there’ll make a device for picking up even the tiniest bit of THC, but for now, their technology is pretty basic.

And so, all you have to do is stuff your edibles in a smell-proof bag, and then bury it in your check-in bag.

Your stuff will coast past the automatic scanners and the marijuana won’t be detected and you get to travel stress-free.

In states where cannabis is outlawed, airport security is looking for large quantities, and they wouldn’t care about something in your check-in bag.

It’s important to use a smell-proof bag because some marijuana strains emit a strong scent, and since officers randomly go through the check-in bags, they may catch that smell and go mm-mmh.

Some people just don’t have it in them to flout rules, no matter how small the exercise might initially seem.

Security officers at the airport are trained to read the psychology of travelers, and body language can be a dead giveaway that someone is carrying something illegal.

And so, if you are the type to shake from anxiety because of guilt, ensure that you don’t send that energy out with the officers staring.

They are good at discerning body language, and if they grow suspicious about you, they’ll call you aside and look your things through with a new purpose.

For some strange reason, many people, men especially, cannot resist the urge to blabber on and on about what’s going on in their lives.

“Imma have to wait three hours. But guess what I’m doing?”

“Getting the snacks ready. Imma put weed in them. Like a lot of weed.”

So, the call is over, and Alex turns around to his friends to open his big mouth and say, “Tim’s coming with them marijuana snacks!”

Except in that clique there’ a snake that’s been waiting to trip up Tim, and he whispers to airport authorities, so they use the intel to nab him.

And, OMG, don’t announce every detail of your life on Facebook.

It’s cool that you plan to bring infused edibles through the airport, just don’t go on about it like a parrot.

If you are traveling overseas, you had better not bring them edibles, for that’d be taking an excess risk, especially in South East Asia.

I mean, in Singapore, getting caught with small quantities of marijuana could have you paying the government up to $20K, or sitting in jail for at least a decade.

previousWill Marijuana Ever Be Fully Accepted By Society?
nextHow Can I Create A Successful Cannabis Business?